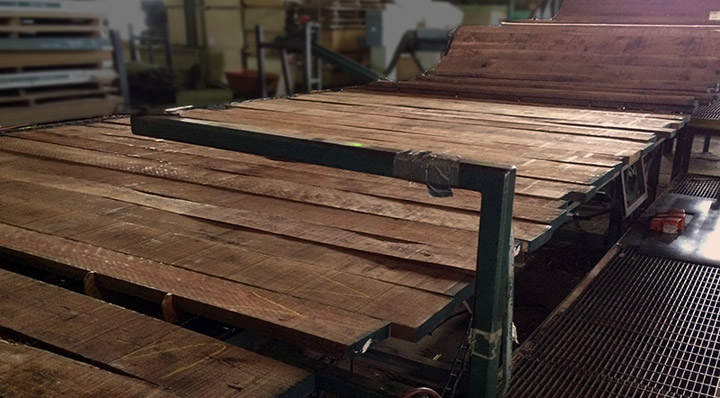 It just doesn’t make sense that a domestic species like Walnut costs more than an exotic one like Mahogany, does it? While on the surface, it might not seem logical, there are many reasons American Walnut has dealt with increased prices along with a downgrade of grading as far as what’s considered FAS.

The first reason for both grading distinctions and rising prices for Walnut is related to its size and growing seasons. Because of such different lengths of growing seasons, comparing Walnut to Mahogany isn’t really fair; a more reasonable comparison for Walnut would be American Maple. The Maple tree is a bigger, heartier tree and grows in the same forests as Walnut trees. Walnut trees are smaller, highly demanding of light, and have trouble resisting winds.

Because of their growing habits, Walnut trees typically grow where they’re surrounded by more aggressive species such as Maple trees, causing the growth of Walnut trees to be limited to between 30 and 70 feet. As a result of the limitations of height, longer length Walnut lumber can be difficult to produce. In addition, the lumber that is harvested seldom displays straight grain and often contains knots, due to an abundance of branches lower to the ground than other species, such as Oak or Maple. 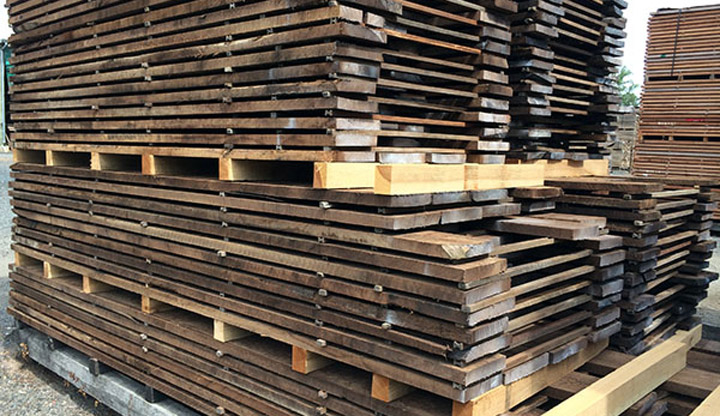 Between the limitations on length and the disruptions to grain, Walnut takes a beating when it comes to FAS grading. The response of the NHLA (National Hardwood Lumber Association) has been to downgrade Walnut (or adjust the grading standards) in order to allow more Walnut into the FAS grading category. What that means is that comparing FAS Maple or Oak to FAS Walnut will reveal that Walnut boards now fitting into the FAS category may not be as long or clear as the FAS boards of other domestic species. What it doesn’t mean is that Walnut is a substandard species; instead, it’s still highly prized, particularly by furniture makers, many of whom consider “defects” to be character marks that help make their creations unique.

Unfortunately, many customers see the disparity between FAS Walnut and other FAS lumber as a lack of quality. It might seem like a light-of-hand scheme from lumber suppliers, but it really isn’t! It’s simply a response to the different characteristics of a unique lumber species. An understanding of grading standards can help. When considering the NHLA grading standards, the basic idea is that there are several grading categories: FAS (First and Seconds), Selects, and Common grades. There is also a small amount of above-grade Walnut (extra wide and long boards that would meet the FAS grading standards for other species), but due to good old supply-and-demand principles, it will come with a pretty hefty price tag.

Now that you hopefully understand why there’s a difference in how Walnut is graded, in Part 2, we’ll look at exactly how different those grading standards are and how we recommend customers move forward, in light of those distinctions.

We have provided fine lumber for notable projects throughout the world, including the Supreme Court building, the Capitol building, the White House, Smithsonian museums, and celebrity homes nationwide. END_OF_DOCUMENT_TOKEN_TO_BE_REPLACED